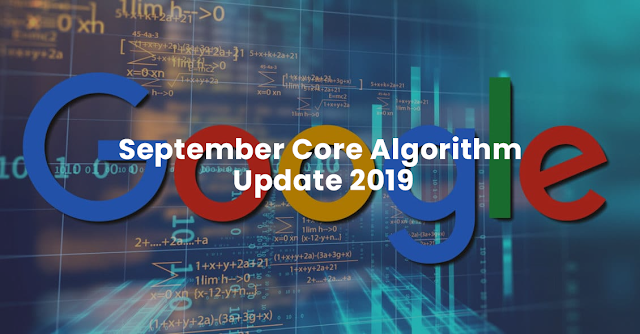 Google has given SEOs and site owners advance notice that a broad core algorithm update will be released later today.

According to Google’s Danny Sullivan, the update will begin to roll out within hours and will take a few days to complete.
This marks the second time that Google has announced a broad core algorithm update in advance, which is further indication that the company is taking webmaster outreach more seriously.

Widely notable effects are to be expected, which can include drops or gains in search rankings.
Core updates are “broad” in the sense that they don’t target anything specific. Rather, they’re designed to improve Google’s systems overall.

Later today, we are releasing a broad core algorithm update, as we do several times per year. It is called the September 2019 Core Update. Our guidance about such updates remains as we’ve covered before. Please see this blog for more about that: https://t.co/e5ZQUAlt0G

Pages that drop in rankings aren’t being penalized; they’re being reassessed against other web content that has been published since the last update.
Focusing on providing the best possible content is the top recommended way to deal with the impact of a core algorithm update.
Broad core updates happen every few months. Sites might not recover from one update until the next one rolls out.
Improvements do not guarantee recovery. However, choosing not to implement any improvements will virtually guarantee no recovery.

FEW TIPS TO INCREASE GOOGLE CRAWL RATE OF YOUR WEBSITE

What is web analytics?

How Google indexes pages and what it means for SEO